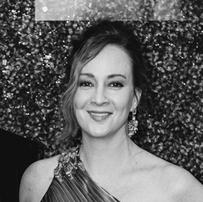 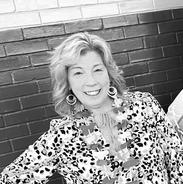 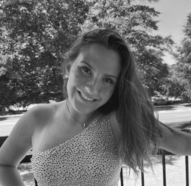 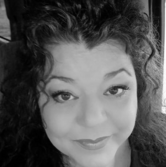 Bree Lewis originally came to Susie's Academy of Dance as a student from North Carolina. She was a competitive dancer for several years and in her last year won several first place overall solo awards. She attended Master Classes at various conventions all over the Southeast. She graduated from College of Charleston where she majored in Mathematics, but continued her passion of dance. She studied ballet, modern and jazz while at CoC and eventually became involved in a Belly Dancing Troupe. She is currently a competitive and non-competitive instructor. Bree has taken her competitive students to Regional competitions where they have won numerous overall awards.

Julie Kirkland has had a passion for dance and instruction at a very early age. She danced competitively as a child and attended various dance conventions in the Southeast taking Master Classes under Frank Hatchett, Tommy Alexander and Janice Barringer. Julie minored in dance at Lander University and was a Company member of the Lander Dancers where she was awarded a Fine Arts Scholarship for her choreography.  During the summers, she attended ballet classes with The Arts Center in Spartanburg, SC. Over the years, Julie was fortunate enough to share her art form through instruction with various dance schools in Greenwood and in Ware Shoals, SC. Some of these students have chosen to continue to pursue their dream of dance through college and have become dance studio owners and instructors. Her competitive students have received numerous overall awards and Judge's awards at Regional and National Competitions in the Southeast.  Julie is married and is a mother to twin college-aged daughters and a dance mother to several current and former students.

Helen Phillips is a native of Greenwood SC where she discovered her love for dance at a very early age. She began her teaching career at Susie’s Academy of Dance at the age of seventeen. She became a studio owner at the age of nineteen, when she relocated to Ware Shoals, SC and opened the doors to DanceWorks & Company. She produced numerous winning competition numbers at both the Regional and National levels. She also had several students move on to have successful dance careers. Helen coached cheer for 11 years at both Brewer Middle School and Emerald High School. She continues to share her love of choreography and creativity as a private instructor for participants competing in pageants and other talent venues. Helen is currently employed with the Greenwood Burton Center as a Disability Specialist House Assistant after working with Greenwood School District 50 for almost 20yrs.

She is absolutely delighted to be returning to Susie’s Academy of Dance!

​​Susie Pennington has been teaching, choreographing and directing for over 30 years. She initially opened Susie’s Academy of Dance with an artistic vision and passion for teaching that sparked the same excitement in her students.  Her competition teams over the years have won numerous awards and recognition. Most recently, her team competed at a National Competition in Rock Hill, SC where they won several top awards and placements. All of her students perform in the Greenwood Christmas Parade as well as the annual Spring Production held at Lander University. There are several opportunities for students to perform at various events including the Polar Express, the Greenwood Regional Rehabilitation Hospital, Susie’s Halloween Spooky Bash, the American Kidney Association and various Nursing Homes around the community. She teaches her students to value the importance in serving the community through involvement. Some of her students are now dance teachers in the public school system, dance studio owners and teachers in her studio. Susie says seeing her students continue the love of dance is her greatest accomplishment.

Taylor Kirkland is a Greenwood native and long-time student of Susie’s Academy of Dance. She was a competitive student for a number of years winning Regional competitions and most recently, a National competition with her competitive dance team. She was a former Varsity Football Cheerleader with Emerald Highschool and was the Junior Miss Emerald and Miss Emerald Highschool in her Senior year. She is currently a Lander University student where she is majoring in Elementary Education and minoring in History. Her background includes several dance conventions where many SYTYCD judges taught Master classes. She is currently an instructor for the competitive team members and specializes in Tap and Clogging. Her tap performances have earned choreography awards and first overall placements in Regional Competitions. She loves to bring the excitement and passion to her tap classes. 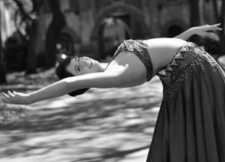 MacKenzie Kirkland is a recent Susie's Alumni where she spent the majority of her years dancing and training competitively. She competed at the Regional level where she and her twin sister, Taylor, won overall awards.  She has experienced several conventions from all over the South which included Master Teachers from all over the country. MacKenzie was also a former Varsity Football Cheerleader/Flyer with Emerald Highschool and has developed a love for Acro-Dance where she currently teaches various tricks and partnering for competitive and non-competitive students. MacKenzie teaches competitive students, the Busy Bees, Acro-Dance and technique classes. She is presently a Visual Arts major at Lander University where she studies Photography. Her photography has recently been featured in the Festival of Flowers Art Show in Greenwood SC and we love to take advantage of her photography skills! 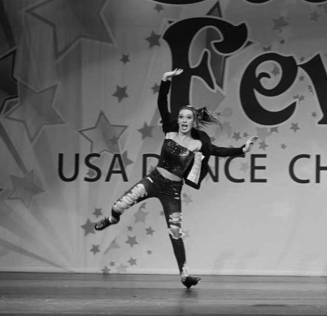 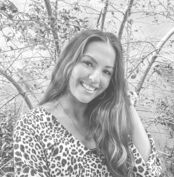 Andi Fair is currently a Senior at Greenwood High School and a Senior Competitive Student with Susie's Academy where she has studied for 16 years. She has won several overall Regional and National awards over the years for her group and solo routines. She has also choreographed solo and duo competitive numbers which have won 1st place awards as well as Special Judge's Awards. She has a special interest in tap where she excels and shines in her solo competitive performances winning overall Diamond placements at Regional and National Competitions.

She can't wait to share her love for dance with her Dance Family!​